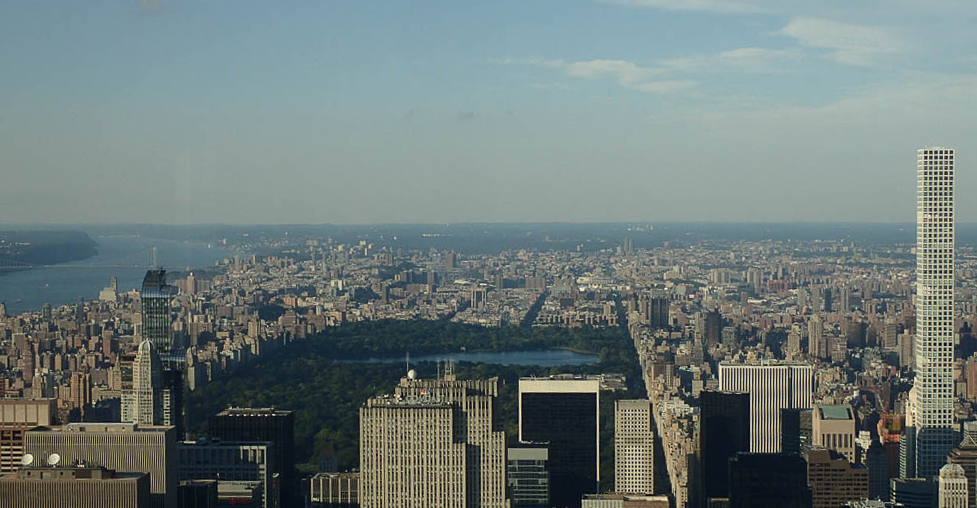 I love nature and wide-open spaces, so Central Park was my cup of tea. There were so many things to see and do, but you had to get around the people jogging and crowding around for impromptu shows happening around the area. Even the public restrooms were somewhat nice. This was my kind of park!

Taking a break on the Great Hill, Eric and I sat on a park bench daydreaming what life would be like if we moved to New York. While I liked all of the culture and things to do, there was one thing that irked me about Manhattan. If you make eye contact with someone, say walking past them on the sidewalk, those folks do not smile back or give a courtesy nod. They just look ahead like you don’t even exist. How rude!

As it says in the headline, Central Park was a lot bigger than it seemed, so we ending up hailing a cab to the other side. I really wanted to see the Alice in Wonderland statue, and Eric wanted to see places like the Boathouse and the Bethesda Terrace so we made sure to hit those. Being crunched on time since we were going to see a Broadway play in a couple of hours, we took a cab to the other side.

After watching a few performers in the park and hanging out with two nice NYPD officers on horseback, we headed down to Times Square. I feel like we barely scratched the surface on what there is to see and do in Central Park. Guess we’ll have to go back to New York again!